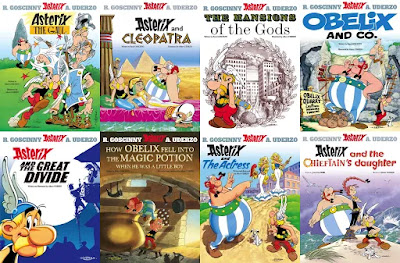 Description:
Asterix or The Adventures of Asterix is a series of French comics. The series first appeared in Franco-Belgian comics magazine Pilote on 29 October 1959. It was written by Rene Goscinny and illustrated by Albert Uderzo until the death of Goscinny in 1977. Uderzo then took over the writing until 2009, when he sold the rights to publishing company Hachette. In 2013, a new team consisting of Jean-Yves Ferri (script) and Didier Conrad (artwork) took over. As of 2019, 38 volumes have been released, with the most recent released in October 2019.

"The year is 50 BC. Gaul is entirely occupied by the Romans. Well, not entirely... One small village of indomitable Gauls still holds out against the invaders. And life is not easy for the Roman legionnaires who garrison the fortified camps of Totorum, Aquarium, Laudanum and Compendium..." 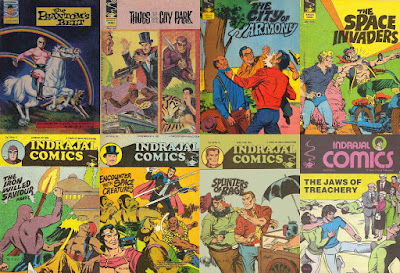 Description:
Indrajal Comics is an Indian Comic book series as well as Imprint, as Imprints and Series are not explicitly separated among most Indian comics. Published by the publisher of the Times of India, Bennett Coleman and Co, it produced about 805 issues from 1964 to 1990. Major characters were syndicated from King Features, and included The Phantom (more than 50% of material featured the Phantom), Mandrake the Magician, Flash Gordon, Bahadur, Rip Kirby, Buz Sawyer, etc.. From 1964-1982, the issues were numbered linearly from 1-443. Issues No.123 and No.124 were not printed due to industrial strike. From January 1983, No.444, was identified as Vol.20, No.1, till it ended at Vol.27 No.8, which would have been No.805 as per the original scheme. The series was variously published as a weekly, monthly and fortnightly. 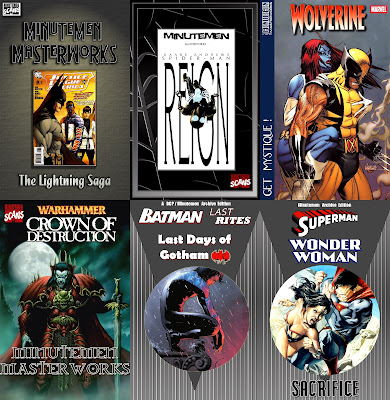 Description:
On the lines of DC Archive Editions and Marvel Masterworks, being similar to a trade edition but put together by the famous Minutemen scanners themselves, Minutemen Masterworks Editions and Minutemen Archives Editions (including 2 editions from collaboration with the famous DCP scanners) are compiled using the pages from their earlier single-issue releases, plus a home-made collection cover and occasionally upon availability suitable extras that weren't part of the original issues. Great stories in single editions.